Report by Paul and Sally Bartho

Sally and I decided to revisit Bird Valley Estate – just north of Albert Falls in the midlands – to explore their extensive wetlands. We invited several friends to come and camp with us. In all we were 9 people. The campsite has good ablutions and overlooks the dam.

Views of the wetlands. 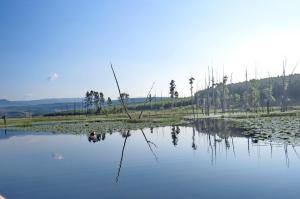 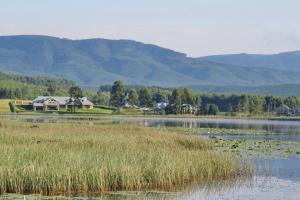 One of about 10 homes on the Estate

Birds flitted amongst us and at night we heard the African bush call of the Fiery-necked Nightjar and also a Barn Owl. 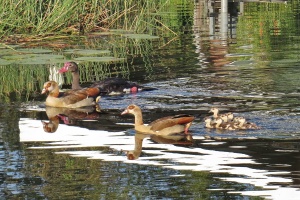 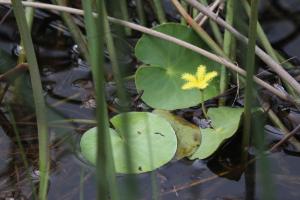 We planned to spend two nights in the campsite. However it is not that far from Durban and a day visit is also feasible. Most of us arrived by Tuesday lunchtime, set up camp and then went to the bird hide for the late afternoon. 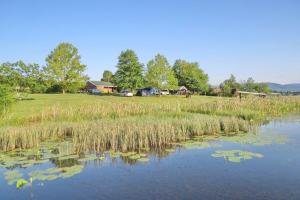 Paths had been freshly cut to the hide. 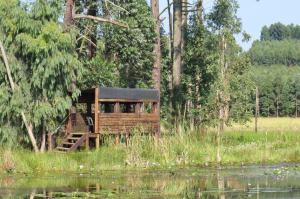 Birding at the hide was relatively quiet, however the close proximity of African Pygmy-Geese made up for that.

On the way back to our cars along the causeway to the hide, a falcon-like bird was seen on top of a distant dead tree. Even with the scope it was hard to make out clearly especially as the light was fading. Our observations: yellow eye ring; yellow legs; black malar stripes giving the head the look of a helmet; a white collar with a black mohican stripe from the head to the neck (white each side thereof) and we thought we saw rufous vent and legs. With this scant info we searched the books and came to the conclusion that it was most likely to be a Eurasian Hobby. But a better view was desired especially of its front.

Falcon-like bird from a great distance

The next morning we set out at 07h00 on the motorised pontoon with our host Richard Alcock as captain. The four hour trip took us up into the wetlands through narrow channels. Of the seven kilometres of channels we never managed to get to the end – about one kilometre short. 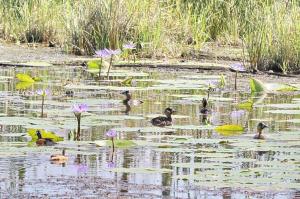 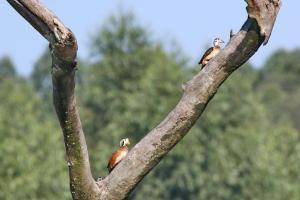 At least three different pairs of Grey-crowned Cranes were observed. 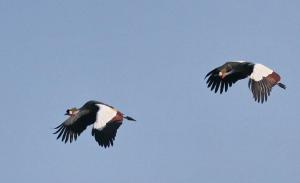 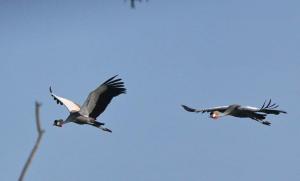 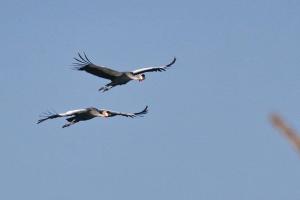 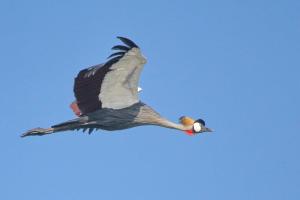 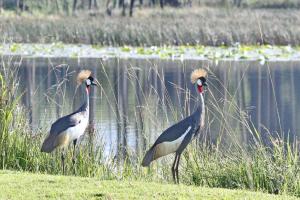 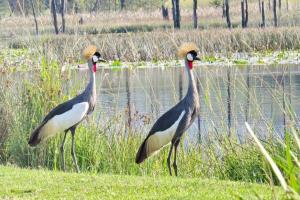 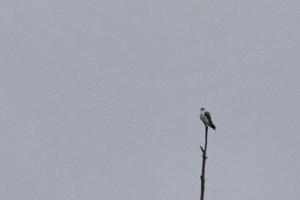 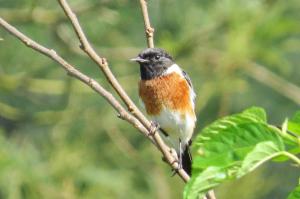 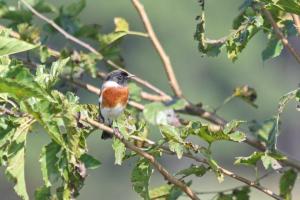 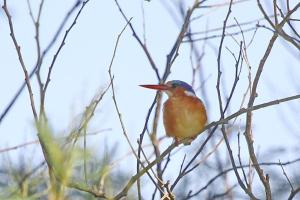 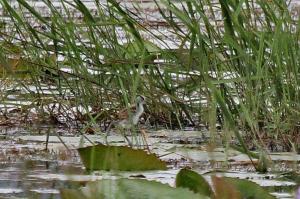 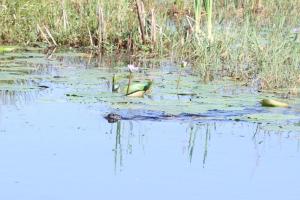 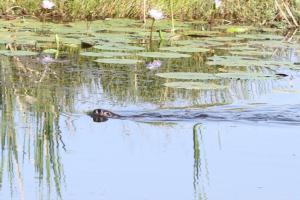 However the highlight came as we approached the dead trees where we noticed a pair of what looked like Falcons. They appeared to be the same as we had seen the night before. This time we got much closer and had good views of the front of the bird – heavily streaked body with a rufous vent and leggings and very long wings. Our initial conclusion was upheld. Eurasian Hobby. 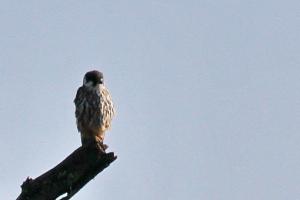 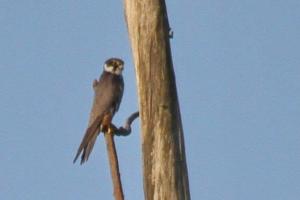 Later that afternoon we went for a walk along the road beside the wetlands. Some houses had already been built but there were quite a number of grassland plots at the water’s edge still for sale. See http://www.birdvalleyestate.co.za for details. Your contact Richard Alcock. 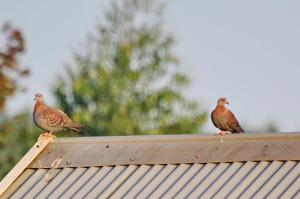 The next morning before departure we took a walk below the dam wall where paths had been cut for us. A combination of wetland, copses and grassland. A further variety of birds were seen along the walk. These included: Dusky Indigobird, White-fronted Bee-eater, Widowbirds – Fan-tailed, Red-collared and White-winged, Pin-tailed Whydah, Speckled Mousebirds, Cape White-eye, Dark-capped Yellow Warbler, Black-crowned Tchagra were heard, Little and White-rumped Swifts, Brown-throated Martins, Barn, Greater and Lesser Striped and White-throated Swallows, Black Saw-wings, Cape Grassbirds calling, African Dusky Flycatcher, Willow Warblers. 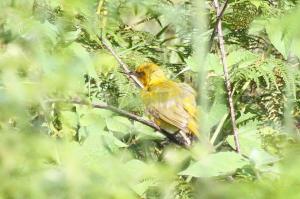 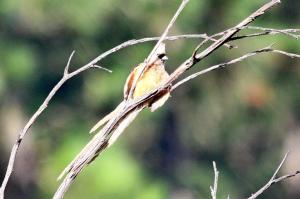 If you desire to visit this wetland paradise then you need to contact Richard Alcock – see website for details: http://www.birdvalleyestate.co.za. You will need to come as a large group if you want to visit and be able to go up into the wetland area by boat.

I highly recommend bird clubs to organise day bird outings with Richard. For the uniqueness of special birds this is a rare place close enough to Durban, Pietermaritzburg and Howick.